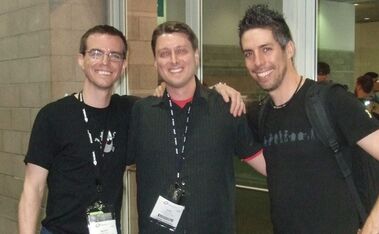 With Animation Mentor founders Shawn Kelly (left) and Carlos Baena (right) at Siggraph.
Growing up in Washington State, I loved drawing Disney and Marvel characters, and was completely mesmerized by the Star Wars films and the visual effects in each summer blockbuster. Junior high school introduced me to digital painting in Adobe Photoshop, and in senior year I studied film at the Highline college and continued to research visual effects.  I then enrolled in The Evergreen State College, where I dived deeper into filmmaking and film history, while studying in the graphics lab and designing advertisements for the school paper.  Things soon changed in a big way when I saw Toy Story 2 and realized the time had come to more directly pursue  a career in 3D Animation and Visual Effects. With only my art portfolio, I applied to the Vancouver Film School, where I attended their 3D Animation and Visual Effects program and was given a festival extension scholarship upon graduating.

When it came time to enter the work force, I accepted an offer in Chicago to become an video game animator for a startup developer. Working in the bustling metropolis was energizing and inspiring, and when I wasn't working on combat moves for our fighting game, I took Seven-Star Praying Mantis Kung Fu classes with the other animators, as well as numerous local standup and improv comedy shows, eventually discovering the thrill of writing and performing standup comedy.

Later, I moved out West to join Rockstar Games - San Diego, where I became Lead Cutscene Animator for the racing game Midnight Club: Los Angeles, and a Senior Animator on  the Western genre game Red Dead Redemption. "Red Dead" was an enormous amount of work, but thankfully went on to become one the fastest-selling and most critically-acclaimed games of all time. It had been an eight-year climb to the top of the video game industry, and I was ready to find the next peak.

In 2010, I took an opportunity to use my animation experience in a new way, becoming a previsualization artist in the film industry. This field allowed me to leverage my 3D animation experience with my passion for filmmaking and art to create shots and sequences for every kind of entertainment, including films that have thrilled the world. Seeing my first credit on the big screen was a dream come true, and this line of work has continued to be a joy ever since.
josh@joshlange.com
Podcast appearances:
Talking Pictures Podcast
3.14 Studios Podcast
Pod Wars Podcast 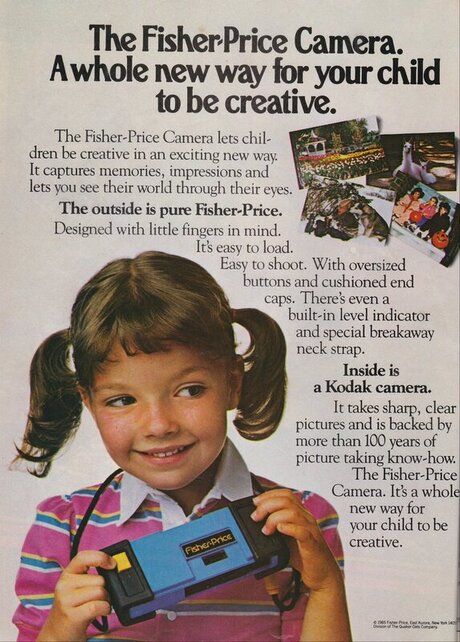 In a Fisher-Price magazine ad at three years old (I'm the blond one reacting to my husky's wet tongue on Mt. Rainier).