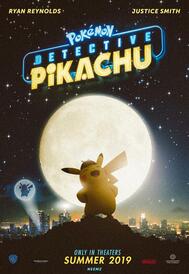 Pokemon: Detective Pikachu ranks #2 after White House Down for "shortest time I spent on a project." The Third Floor needed someone to substitute in for only one day at the Legendary production office up in Burbank, and so I transferred across town and joined the crew there. I reunited with storyboard artist Robbie Consing, who I hadn't seen since our time at Fox for The Predator, and we caught up on how the production ended on that project. I mostly worked on several shots in a parade sequence involving floating animal balloons and a helicopter.

Months later, at a different company, I was hired to do final animation for a behind the scenes clip featuring Mr. Mime (video below). My animation begins at 0:20 into the video.
​
Sequences on which I worked:
Balloon parade
Behind the Scenes: Mr. Mime Audio Commentary animation