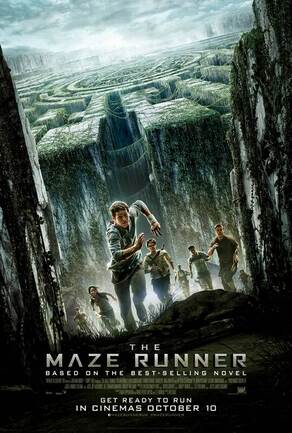 "I have worked with Josh on several projects and every time it is always a joy. His work is top-notch. He is always interested in increasing his knowledge of filmmaking and generously shares what he knows with others. He is a great guy and very easy to get a long with. Nothing but good things to say about this man."
-Jourdan Biziou, Previs/Postvis Supervisor at The Third Floor, inc.

The Maze Runner provided nice screen time with first-time director Wes Ball, who Cinesync'd with us from Louisiana, where filming was underway. Like Godzilla's Gareth Edwards, Wes comes from a strong 3D background, and had mocked up maze designs and 3D environments. The Grievers were a fresh challenge to help motion design, and there were several opportunities for lighting practice, which I found to be a natural fit due to my art background. It was just supervisor Jourdan, modeler/texturer Mitoki Nori, coordinator Chen Lin, and myself, but we were able to consistently overdeliver, which was terrific.

Notable Sequences:
Griever pursues Thomas through the maze
Other specific shots to be named after they are shown in trailers or the movie is released
Final Shot Reel