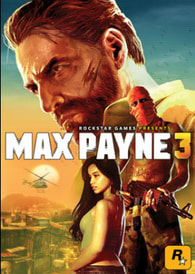 May Payne 3 was my next game immediately after the release of the Undead Nightmare downloadable content for Red Dead Redemption. I worked on early versions of Max's cover animation, as well as boat steering animation for a river level. The game looked great, even in 2010, and it ended up doing very well critically and commercially, including a "Best Animation" award. Congratulations to the team that worked on it.