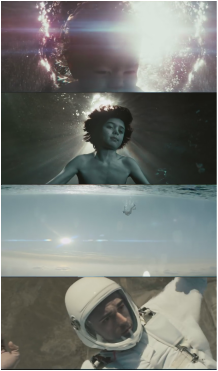 This commercial took one week to complete. There was no exposure to the director, but the boards we were provided were extremely helpful, and we were able to adapt them to the previs how we chose. I prevised shots and did basic modeling for a portion of the assets. The final shots did end up noticeably different, with some very  nice color correction and effects.  There is a "making of" video on the Julius Baer website which can be seen here.

Sequences on which I worked:
All underwater shots, rising from the ocean shot
Skydiving shots