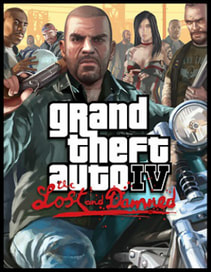 The Lost and the Damned was a game chiefly developed by the Rockstar team in Scotland. I helped with cutscene support at the San Diego studio, which involved mocap editing and connecting props and weapons to the characters.