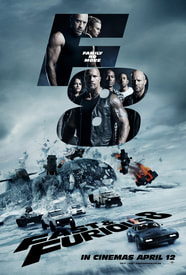 The Fate of the Furious was a project that I started nearly at the beginning of previsualization, eventually becoming lead previsualization artist for the Los Angeles team, where I helped to oversee seventeen other people in all by the end of pre-production. As the franchise pushed further toward topping previous entries, wild stunts and worldwide locals were used, including Iceland and Cuba (this film is the first major Hollywood picture to be set there since the lifting of the U.S. embargo).

We had a brief encounter with director F. Gary Gray when introduced himself to us at the start of pre-production once we arrived at Universal Studios. During our time there we also toured the studio's theme park rides.  Our team went on to previs five large sequences, including a swarm of remote-controlled cars attacking a motorcade in Manhattan, and an epic base attack and submarine chase.  Some of the learned learned on the project included: how to lead and support a large team, problem-solving (both individually and with consensus-building), forseeing production issues before they affected our team, and handling those problems once it became our turn to handle them.  Even though there was a lot that could have been done better, I am grateful to carry those lessons with me today.

The Fate of the Furious went on to gross over $1 billion dollars worldwide. 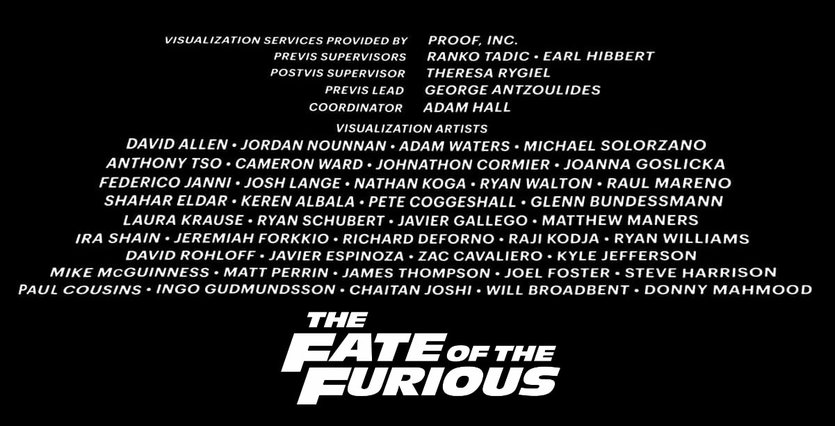 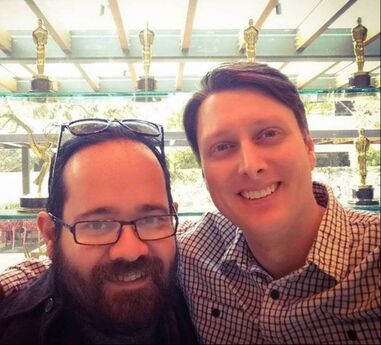 In front of the Oscar cabinet inside the Universal Studios commissary, with film school roommate Paul Booth.