In the later part of 2019, there was an excellent opportunity to work on the Black Friday, Thanksgiving, and Winter holiday advertising campaigns for big box tech retailer Best Buy. Tailored for web ads on social media platforms YouTube and Twitter, the challenge was to maximize the impact each product would have in the short time it would be visible on-screen, while strengthening and fitting each brand.

Using an atypical set up from past projects, I worked on Linux PCs for the 3D work and Macs for Adobe Creative Suite programs. I textured products that were modeled by others, and lit and rendered them in Maya's Viewport 2.0, which looked quite similar to the final Arnold renders done later in the pipeline. Over the course of several weeks, I generated dozens of variations for the camera and product animations across five different commercials. One by one, the "shots" were honed and approved, and it wasn't long after finishing that they would appear on the web. When the 2020 fiscal earnings reports were released by the company, they revealed that their holiday sales provided stronger-than-expected results. 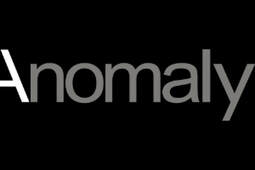