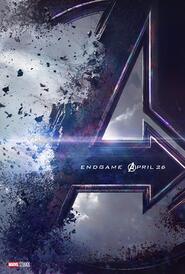 When postvis work on Infinity Warbegan to wind down, I had the chance to join the previs team who was simultaneously fleshing out the broad strokes on beats for Endgame. The areas I mostly worked on were the three Avengers vs. Thanos fight, and the end battle struggle between the main heroes for the Infinity Gauntlet. Gerardo's Atlanta team was working on the same sequences with us, so understanding notes via Cinesync was crucial. It was amazing to help flesh out action sequences that would be seen worldwide by millions of people.